Often in the workplace, we spend too much time in meetings that we may not believe to add value. Of course, we should be focusing on ensuring that all meetings have a purpose, a structure, and only necessary people are required to attend. One way to make sure we are getting this right is to seek feedback during and at the end of all meetings. That’s not to say that we need to send out a survey to attendees after every small meeting, there are many different ways to seek feedback to gain great insight and information that we can use to improve the way we work.

One of the most effective ways to improve anything is by seeking feedback. We all depend on feedback in nearly every aspect of our lives to grow and to learn.

How we give and seek feedback in the workplace is often dependant on the culture or a formal process such as a performance review. More often than not, it can be hard to find the right avenue to provide feedback if there isn’t a process in place. It can be stressful, awkward, or simply not directed at the correct person or team.

Feedback is the most valuable when it is given often, in real-time, and to the right person or team. In the workplace, seeking feedback should ideally just be an organic and natural part of any process. If it’s not something that comes naturally, or it’s simply not yet part of the structure, it can be hard to know how to approach it and what kind of language to use to get the most value.

The 2 Most Important Things to Consider: Who & When

Seeking feedback starts right at the beginning of planning. When creating the meeting agenda and the list of attendees, it’s important to seek input from others to ensure that all bases are covered and everyone who needs to be there will be invited.

During the meeting, the facilitator should provide the opportunity for attendees to give feedback then and there. Saying something such as: “I’d like some feedback on the structure of this meeting, do we think it’s valuable to keep running it in this way, or does anyone have any suggestions on what we could improve?”. This will open up that line of communication and make attendees feel that their opinion on the matter is valued and welcomed.

After the meeting is over, it’s great to re-iterate again to seek direct feedback, but it’s also important to follow up for feedback via a different form of communication such as email. This will ensure that anyone who may not feel confident enough to speak up during the meeting will still have the opportunity to bring an opinion to the table in a way that makes them feel more comfortable. This can be a simple email to attendees with a couple of specific questions.

It’s common to seek feedback through formal processes in the workplace, but sometimes a casual approach is just as valuable if not more. Simply catching a few people after a meeting and getting their thoughts on something is a great habit to get into. It breeds a culture of continuous improvement and it speaks to a company that is always trying to do better every day.

Often when we talk about seeking feedback it’s assumed that we want to know what we’ve done wrong, or what we can improve on. But it’s important to understand the value of giving and receiving positive feedback too. Positive feedback strengthens workplace relationships and builds a culture of support and appreciation which leads to a happier workplace. We don’t always need to focus on areas we can improve, sometimes things are working great, and seeking feedback, in this case, is still valuable.

Make sure you know what kind of feedback you are looking for and then focus your questions appropriately. You might want to seek feedback on the scheduled time, the structure, the list of attendees, or the scope of the agenda. All of those areas would require different questions to get the most valuable feedback. Make sure that the questions can’t be answered by a simple yes or no, it’s simply not very helpful.

For example, if there is an early morning meeting that you’ve realized the attendees are not very engaged. Don’t ask “Do you have any feedback on the meeting?”. Instead, ask “This meeting is earlier than most, I’d like to know whether the time suits everyone or if moving this meeting to a later time would be beneficial and would give everyone more opportunity to contribute?”.

Use follow-up questions and seek examples

To get the most value out of a piece of feedback, it’s important to ask some follow-up questions to get to the root of the sentiment or opinion.

For example, if someone says “I think the structure of the meeting doesn’t enable everyone to participate”, what we want to know is why that is. A good follow-up question would be “Could you explain what you mean by providing an example?”, or “What do you think we could change for this to be addressed?”.

Using feedback and closing the loop

After receiving feedback, it’s important to follow it up and ensure it’s addressed. There are 2 reasons for this; the first being that it is a huge missed opportunity for growth to ignore feedback, and the second is that if we don’t take feedback on-board then those who gave the feedback will feel that it was a waste of their time to provide it in the first place.

Don’t seek feedback if you are not willing to act on it once it’s provided.

The most straightforward way to ensure feedback is captured and followed up is by capturing it in meeting minutes and assigning it to someone, maybe the meeting facilitator, or whomever it might sit with, as an action item. This way it will be raised again in the following meeting.

If improvements are made on the back of feedback and reported on in the following meeting, it’s a great way for meeting attendees to feel engaged and empowered to help shape the structure and process of their work which will have a huge positive impact on workplace culture.

If the feedback has been given in an informal conversation, write it down. You could choose to confirm the opinion by speaking to others about it. For example, if someone has mentioned that the structure of the meeting doesn’t leave enough room for conversation and there are too many agenda items for the allocated time. It would be good to check in with others and see if they echo that sentiment. If indeed it becomes clear that the majority of attendees agree then it’s up to the meeting organizer to address that and make a change.

And importantly, communicate that change at the start of the next meeting, thank attendees for the feedback, and open up that line of communication once again to seek input on whether the change has indeed been successful in addressing the issue.

We've added support for table view so that you can more easily see vote results for Availability Poll. 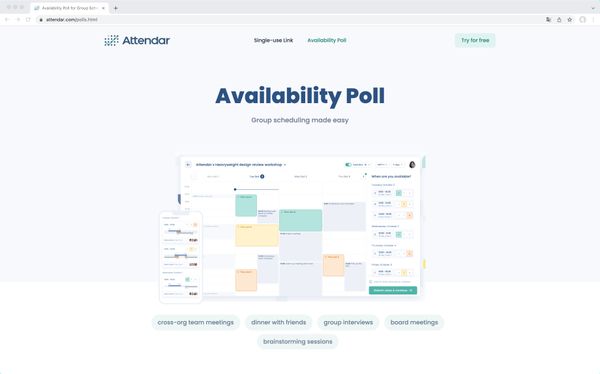 Availability Poll is a free, easy-to-use tool for group scheduling. In this article, we explain how to use it step by step with screenshots. 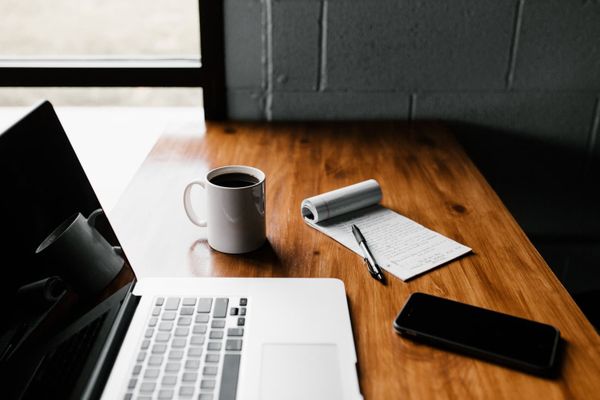 Meeting preparation should not be underestimated. We break it down into bite-sized pieces in this article.